How Do I Address a Letter to Russia?

No one knows where life will lead you. Maybe you’ll have to send a letter to Russia one day. Maybe the day has already come.

The task is more complicated than expected as the world’s largest and most mysterious country is not that helpful when it comes to understanding its rules. All you should know about Russia that there are rules but abiding by them is not always a necessity.

The Russians you know might advise to write the address in reverse to what is common globally. That’s true — but that’s not always the case. Most Russian people are still used to the Soviet-style country-to-street order. But the international, street-to-country order is common in Russia too.

Well, this means you can choose whatever you want.

The address should include:

Write every bullet point in a separate line. 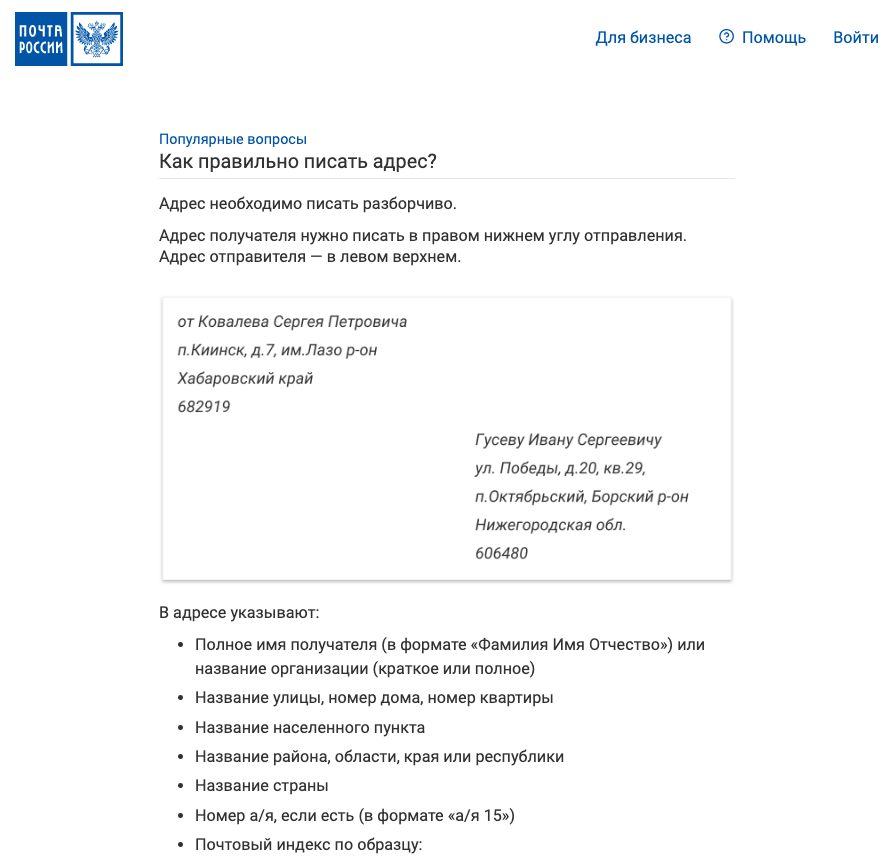 Putting down the postal code in this special format is not mandatory. It just means that your letter may be processed automatically and will be delivered faster. It is perfectly fine if you write it by hand. In this case your letter will be processed manually (i.e. slowly), but still delivered anyway. Just put down the postal code right below the address, and make sure the digits are big and legible. 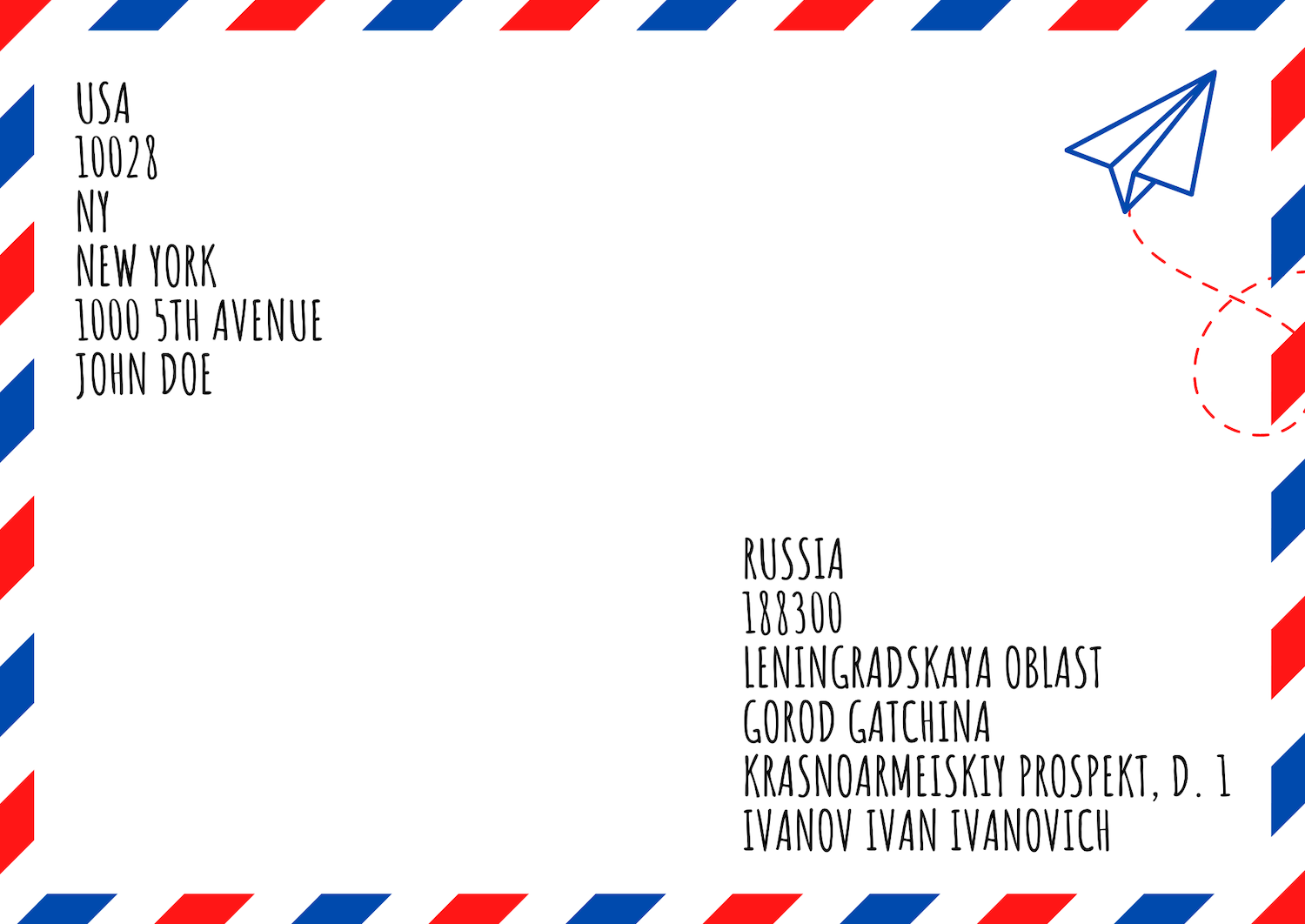 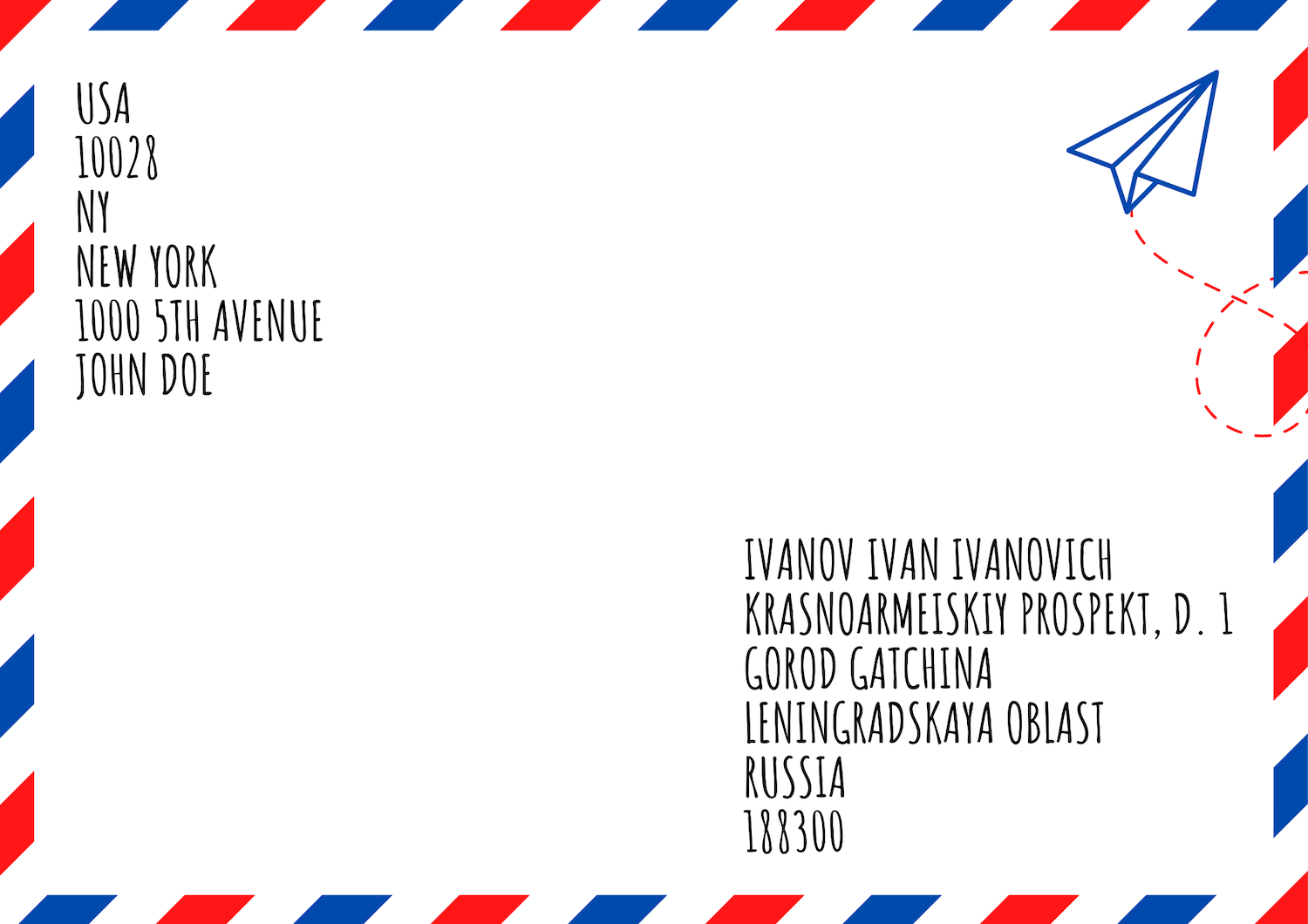 Keep Track of the Detail

Keep in mind that Russian addresses can be both translated and transliterated.

If you have your Russian address in English only, and it has obviously been transliterated (no streets and buildings, only weird "ulitsa", "pereulok", "korpus" etc.), just arrange it according to your choice and let it be.

If you have your Russian address translated into English (with streets, regions and houses) but no original address in Russian, arrange it according to your choice and let it be, hoping that the local postal officer knows English just enough to understand it.

Should I Write the Address in Russian?

If you have it, you can write the address in Russian. If you don’t, a romanized address would do. To have an address romanized, you can use this or similar online service.

If you have your address both in Russian and in English

If your address is in Russian only

For your convenience, we’ve collected the most common Russian abbreviations in the table below that an address may contain, and translated them. Maybe you’ll find them useful.

You are more than welcome to send us more questions about Russian language and Russian culture. We will reply to you directly with explanations and relevant links. Your questions help us understand, which topics need to be covered.